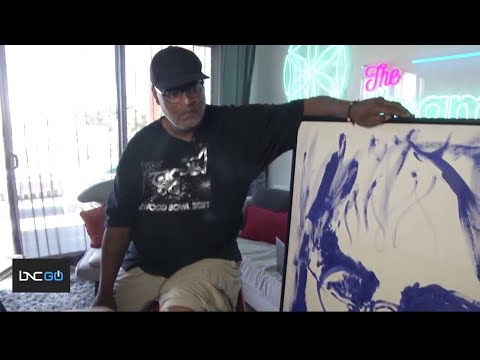 After six years of living on the streets enduring pain and suffering, Hutchins is getting his life back on track. The artist would cry at night into his pillow as he slept in a garage. In April, Hutchins went to a Ralph’s grocery store below Hollywood Hills and was able to catch the attention of former music manager Charlie “Rocket” Jabaley and his financial advisor Langford Hutchinson.

Jabaley shared the story on Instagram with his 500K followers and told them that Hutchins once had a gallery that burned down. Hutchins couldn’t afford rent and was forced into being homeless. The post went viral and celebrities began calling including Oprah Winfrey. Hutchins’ work has brought in $200,000 and the once starving artist has an agent, manager and financial advisor.