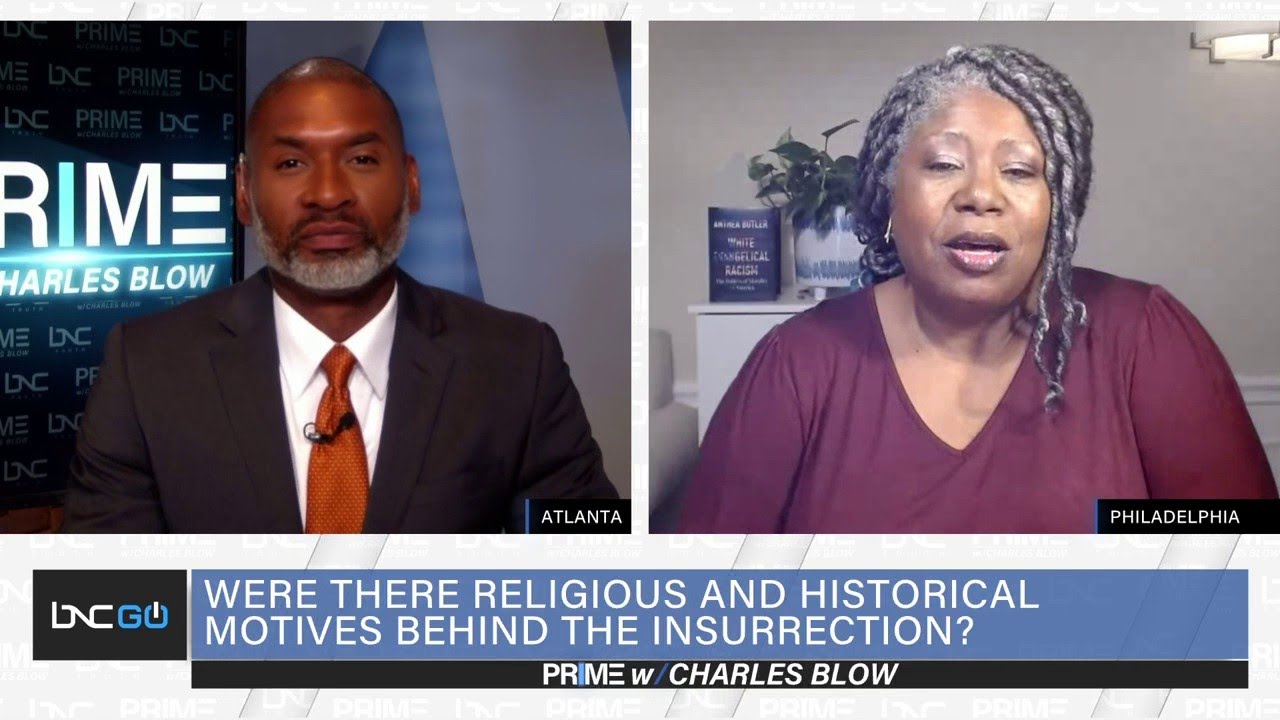 There were bibles, crosses and insurrectionists dressed as priests during the attack. Others cited America’s Civil War history as they stormed the Capitol, draped in Confederate flags, dressed as Confederate soldiers and in Abraham Lincoln costume. This highlights the significance the role religion and symbolism played during the attacks.

Anthea Butler, professor of religion and Africana studies at the University of Pennsylvania, joins Charles Blow on “Prime” to talk about the part religion had in the insurrection.

Idris bids to takeover Channel 4
Air Force And Department Of Defense Announce First HBCU-Led Affiliated Research Center
Being My Authentic Black Queer Self Has Allowed Me To Become The Role Model I Was Always Looking For
Does Stand-Up Comedy Still Have The ‘Right To Offend?’
Chris Brown On Past Beef & Current Relationship With Drake