What’s it like to be the only non white face at work. Zakiya Dalia Harris has turned this experience know by many of us into the hottest book of the summer.

“I don’t think there’s an audience for this” was a phrase that became familiar to Zakiya Dalila Harris when the work of lesser-known black writers was put forward at the New York publishing house she once worked at as an editorial assistant. This, she tells me, is simply one example of the coded exclusion that was commonplace during her three-year career in the all-too-white book business.
In a perfectly poetic twist of fate, however, Harris would go on to leave that publishing company to finish working on her debut novel, which those same employers would try (unsuccessfully) to secure in a 14-way bidding war that would eventually land her a seven-figure book deal in the US a year later. “I know where everyone at the table would have been sitting to discuss my book, so it’s kind of mortifying and wonderful at the same time!” She laughs with humble vindication, now sitting at her own table in her Brooklyn apartment.

The literary equivalent of driving a brand-new Lamborghini past your old maths teacher’s hatchback is, in this case, Harris’s hotly tipped novel, The Other Black Girl. Described as The Devil Wears Prada meets Get Out, the stunning debut from the 28-year-old editorial assistant-turned-author flies into uncharted territory as a racially charged thriller/horror mash-up and perfectly sticks its unpredictable landing. At the centre of the novel are workplace frenemies Nella and Hazel, two black women in corporate America trying to coexist at a publishing company that has convinced them there’s only space for one. 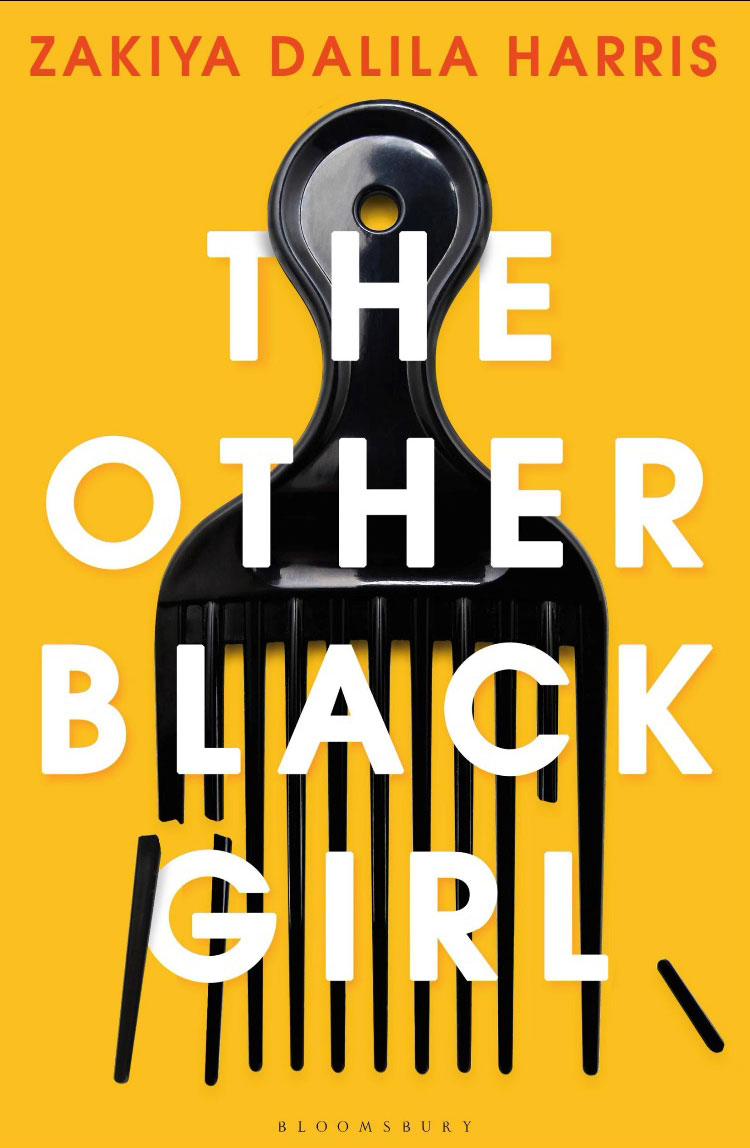 It’s a story Harris began writing at her desk in that very setting back in January 2019, after encountering a real-life other black girl in the office loos at book giants Knopf Doubleday. “I was like, ‘Oh my gosh, who are you?!’ And she just ignored me. I remember walking back to my desk and thinking, ‘Why didn’t she say anything? Why wasn’t she as excited to see me as I was to see her?’ ” And although Harris does realise in hindsight that the loos might not have been the most appropriate setting to make new friends, black or otherwise, the encounter sparked in her a very real conversation about racial infighting.

“I grew up in mostly white environments,” she tells me of the neighbourhood in Hamden, Connecticut, where her parents raised her because they wanted her to attend the best state schools. “Our dad wanted us to have black Barbie dolls at home because he knew that when we went to our friends’ houses they probably weren’t gonna have them.” It was also her father, a writer himself, who had encouraged Harris to create characters that looked like her in her stories, an affirmation that meant she was writing books about black superheroes by the age of six.

On reading The Other Black Girl, there’s no doubt that Nella, the reluctantly assimilating editorial assistant at the heart of the book, is an extension of Harris herself. “I was really focusing on Nella’s experience of being the only black woman at this place. And the toll of looking around the table and not seeing anyone that looks like you,” she says. “That hopelessness is definitely something I remember feeling. The gaslighting. A lot of us feel this way in spaces like this.”

Harris’s book grapples with a number of issues that some will consider “timely” and others will recognise as timeless. But for Harris the most important takeaway, she hopes, is the nuance of black thought. “We create this one definition of blackness and assume everybody is going to fit under it, when that isn’t the case. Black women are not a monolith.”

The Other Black Girl by Zakiya Dalila Harris is published by Bloomsbury on June 1 at £14.99.