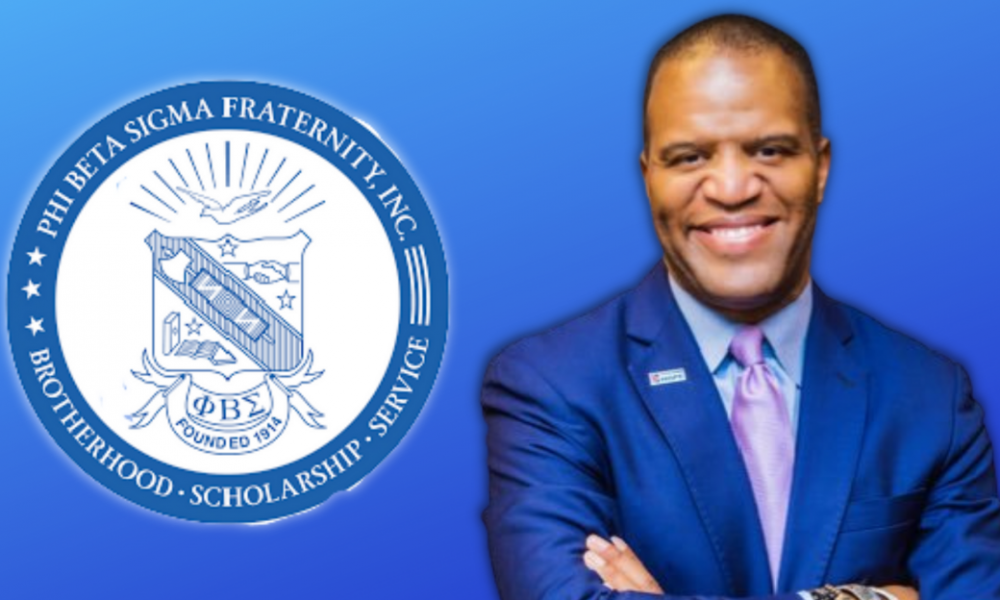 Today, Phi Beta Sigma Fraternity, Inc. made the announcement that entrepreneur John Hope Bryant had been inducted as an honorary member of the fraternity.

Bryant is the founder, chairman, and chief executive officer of Operation HOPE, Inc. the largest not-for-profit focused on financial literacy, financial inclusion and economic empowerment tools and services in the United States for youth and adults. He is also the chairman and chief executive officer of Bryant Group Ventures and The Promise Homes Company, the largest for-profit minority-controlled owners of institutional-quality, single-family residential rental homes in the U.S., and co-founder of Global Dignity.

After the announcement was made that he had become an honorary member of the fraternity, Bryant took to Instagram to celebrate with his new fraternity brothers.

Many know Bryant for being the person responsible for financial literacy becoming the policy of the U.S. federal government.

Bryant has been an advisor to the three sitting U.S. presidents. In 2004, President George W. Bush appointed Bryant to a four-year term on the non-partisan U.S. Community Development Advisory Board for the Community Development Financial Institutions Fund at the U.S. Department of the Treasury. He was also on President Barack Obama’s Advisory Council on Financial Capability.

At the recommendation of Bryant, Treasury Secretary Jack Lew renamed the former U.S. Treasury Annex Building, the Freedman’s Bank Building. Bryant is the only American citizen who has ever changed the name of a federal building on the White House campus.