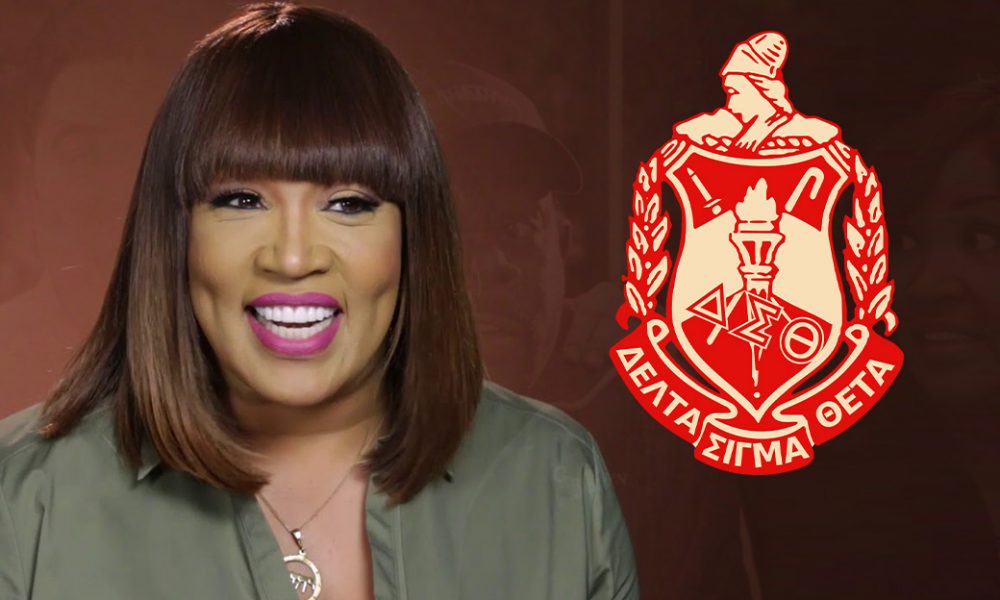 Did you know that American comedian and actress Kym Whitley is a member of Delta Sigma Theta Sorority, Inc?

Yes this is the truth! Kym Whitley, best known for her toles on television sitcoms like Animal Practice, The Boondocks, and The Parkers is a member of Delta Sigma Theta! Whitley got her big break in Shelly Garrett’s play Beauty Shop. This led to a lot of supporting roles on shows like Moesha, That’s So Raven, and My Wife and Kids. As her career grew, she landed more roles in bigger projects like Next Friday and Let’s Stay Together.

In 2016, Whitley won Best Guest Actress for her work in The Bay. She was nominated for two other awards including a BET Award in 2004. She became a Delta at Fisk University when she crossed into the Alpha Beta Chapter of the sorority.

Cardi B Fires Back At Critics Who Say She’s Taking Too Long To Release An Album
Kanye West Posts Half-Naked Elon Musk And Accuses Chris Paul Of Sleeping With His Wife Before Another Twitter Suspension
GMA’s T.J. Holmes Praised Wife’s ‘Built-In Black Woman Superpower’ For Not Leaving Him Two Years Before Cheating Scandal With Amy Robach
Ashanti Recalls Pervy Producer Asking Her To Shower With Him Or Pay $80,000 For Songs They Recorded Together
Lizzo Speaks About Facing Stigma As A Black Pop Music Artist: ‘You Just Gotta Get Used To Me’