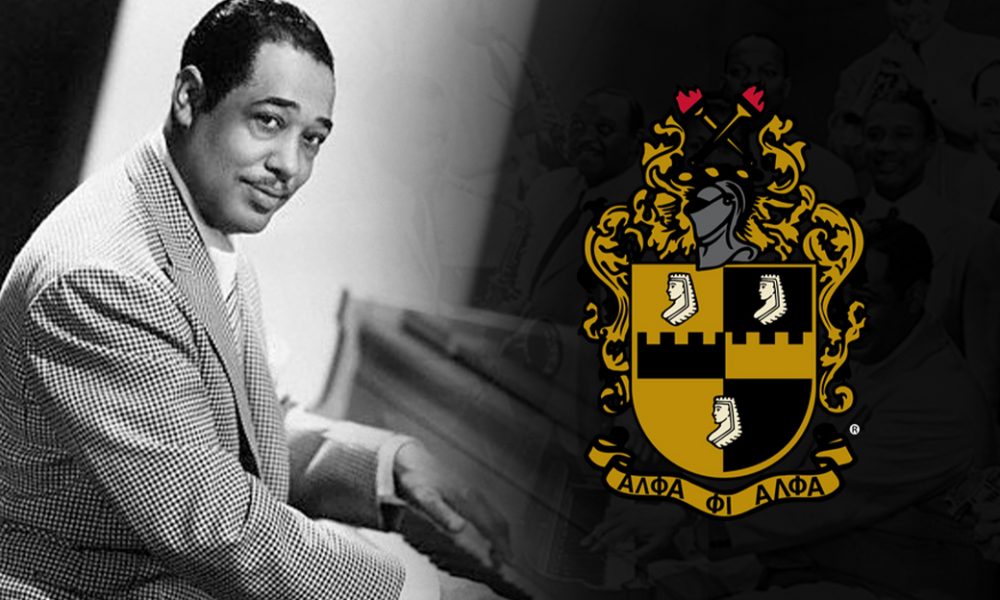 Did You Know Legendary Jazz Composer Duke Ellington Was A Member of Alpha Phi Alpha?

This is true! Duke Ellington was a pioneer in music and a member of Alpha Phi Alpha Fraternity, Inc. Ellington crossed into the Alpha Zeta Lambda Chapter in Bluefield, West Virginia.

Edward Kennedy “Duke” Ellington was an American composer, pianist, jazz orchestra leader. Although he was from Washington, D.C., he was best known for his orchestra’s performances at the Cotton Club in Harlem, New York. Duke Ellington had some of the best musicians a part of his Jazz orchestra. Some stayed with him for 10+ years went on to launch their own careers.

Although Ellington was an important part of the evolution of Jazz, he personally did not like to categorize himself. He referred to his music as general American music. His reputation continued to grow after his death in 1974. He was awarded a posthumous Pulitzer Prize Special Award for music in 1999.

Just so you can get a taste of his music style, we have placed a video from 1943 for you to check out.

Michael Eric Dyson Recalls Meeting #NipseyHussle
Grand Jury Indicts White Men Accused Of Firing At Black FedEx Driver In Mississippi
After A Year, Miami Man Is Arrested For Murder Of Woman Who Attempted To Catch Him With Stripper
Birdman Claims Cash Money Rapper B.G. Will Be Home In A ‘Few Weeks,’ Cutting His 14-Year Sentence Short
College Football Fan Goes Viral After Heating A Rib With A Lighter During Game