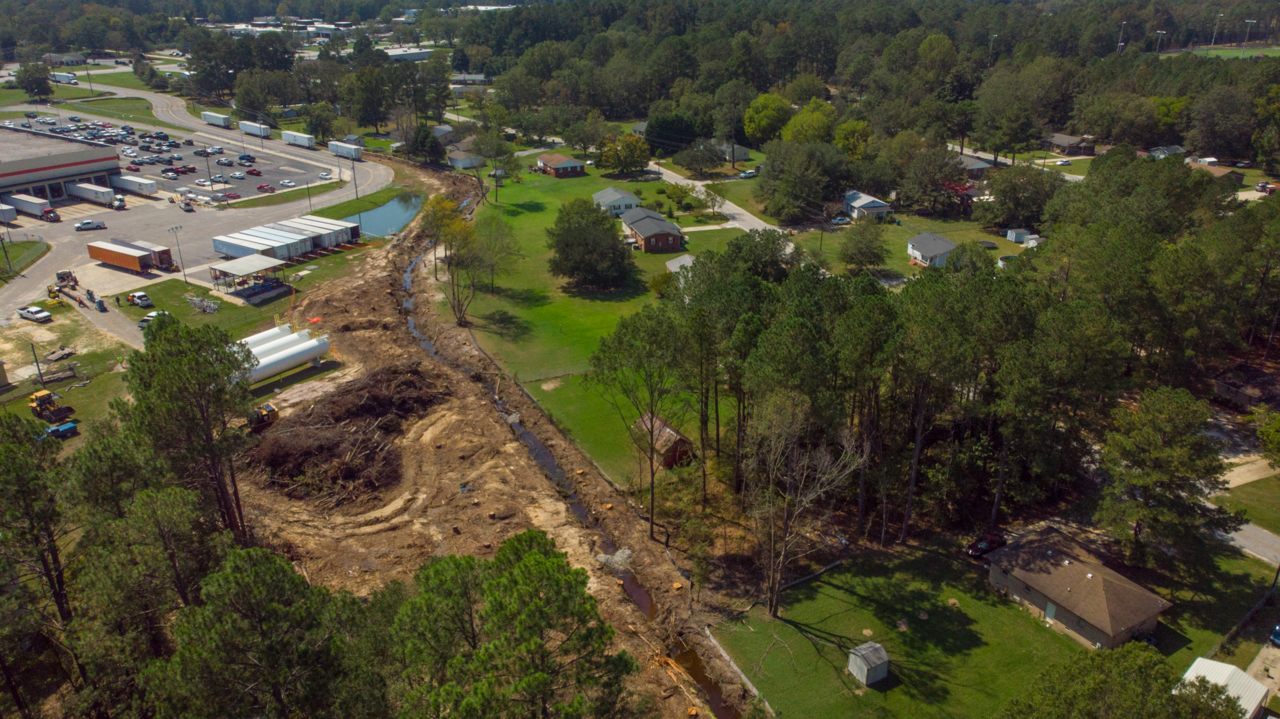 Cheraw is a small town founded in 1820 in northern South Carolina with a population today of approximately 5,500 people. Nearly 60% of the people in Cheraw is African American and almost 30% live in poverty. This small town is not only defined by racialized poverty, but also by environmental injustice. In the late 1950s Burlington Industries, a large fabric manufacturer, opened its James plant, a textile mill, in Cheraw. Around 1961 the plant began dumping cancer-causing PCBs in a drainage ditch in Cheraw. The dumping began when Cheraw did not have a sanitary sewer system in place and when town officials and most local residents were not aware of any environmental contamination.

PCBs, or Polychlorinated biphenyl, are a class of highly toxic man-made chemicals that may be found in commercial products and materials which pose significant health risks to humans. PCBs have been linked to cancer and neurological and reproductive illnesses. As early as 1970, people in the Cheraw area complained to state health officials that the plant was disposing of a “green fluid” in an open ditch in town, but little was done about the issue. Although PCBs were later banned in 1979, Burlington Industries skirted the law and continued disposing PCB-containing waste to save costs at the expense of the health of the Cheraw community. The dumping finally ended when Burlington Industries sold its facility in Cheraw to Highland Industries in 1988 which closed the plant. PCBs are costly, complicated, and difficult to clean up because they stay in the soil years after the polluter is gone. They can also stay in the food chain even longer if they enter waters where fish ingest them.

In 2015, the South Carolina Department of Health and Environmental Control (DHEC) began investigating the area around the former textile plant and found PCBs in the soil and sediment in concentrations above the EPA’s residential screening levels (RSLs). After requesting help from the EPA to conduct further testing, the state of South Carolina and the EPA then signed an Action Memorandum for EPA-Lead removal which was estimated to cost $2 million. A 3.2 mile stretch of land near the former textile plant was declared a national priority Superfund site and the EPA has spent years removing contaminated soil. The removal continues today.

Although some local residents complained about this pollution in the 1970s, most people in Cheraw lived near this toxic waste for decades without knowing of its existence. In 2018 conditions worsened when Hurricane Florence washed toxic waste onto local properties. Residents of Cheraw sued Highland Industries for failing to clean up the toxic waste. Burlington Industries and Highland Industries which had once supported the town’s economy and offered hundreds of jobs to local residents, their lawsuit argued, had now betrayed residents of Cheraw as they are the ones who now endure financial hardships and increased illnesses brought on by decades of PCB contamination.